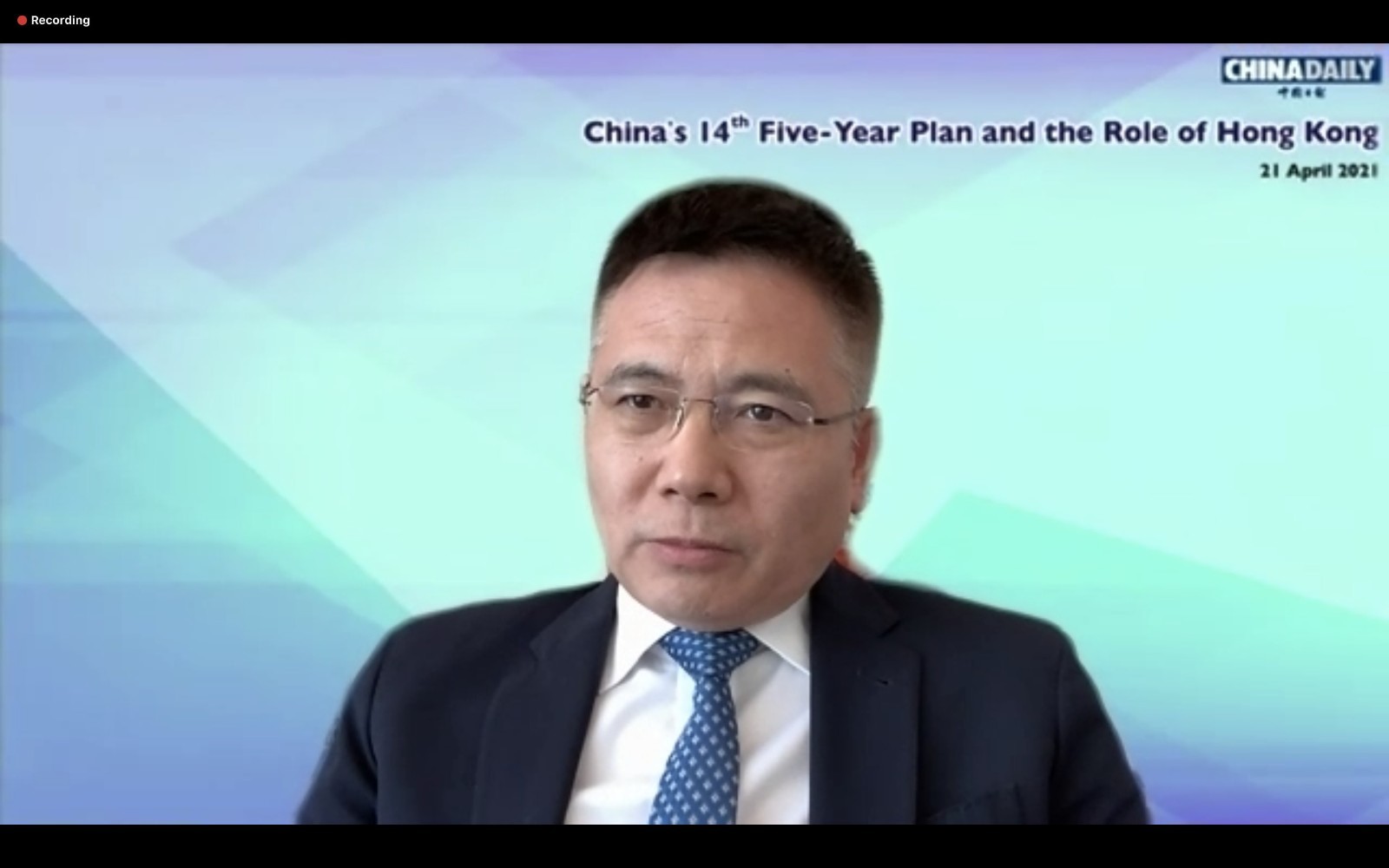 SHENZHEN - Hong Kong should take full advantage of the “new goals” set out in the nation’s 14th Five-Year Plan (2021-25) for the city to become a global technology and innovation hub as it seeks to transform and upgrade itself, said Li Shan, CEO of Silk Road Finance. On top of its well-established status as an international financial center, Hong Kong has new goals under the 14th Five-Year Plan, he said in an interview with China Daily on Wednesday. “The national vision of turning Hong Kong into an international technology and innovation hub will bring new opportunities to the city, and it should make good use of that,” Li said. “Many people say that Hong Kong is a small city compared to its neighboring city of Shenzhen, which has a developed technological sector, and that it cannot play a leading role in this field. I think differently.” Li said the development of technology and innovation in the intelligent era calls for a sound legal framework. The use of data could create a series of problems, including privacy matters, and the rule of law provides the legal guarantee to address those challenges. “Hong Kong, with a developed legal system, has a unique role to play in this sense. With this edge, it’s capable of becoming a ‘data hub’.” Li said talent is also crucial to the development of technology and innovation; and that infrastructure, the living environment, education and a city’s legal system are key factors in attracting top professionals. “Hong Kong has unique advantages in all these aspects. The city can leverage its strengths to become a pioneer in technological innovation not only in China, but also in the world.” Li also highlighted the importance of Hong Kong’s role in facilitating cooperation between the Chinese mainland and countries and regions involved in the Belt and Road Initiative. “Historically, Hong Kong serves as a bridge and a gateway between the mainland and the outside world.” Consensus on change “In the past, Hong Kong played a major role in attracting inbound investment. As the country rises to become the world’s second-largest economy, the city now plays a different role, which is to help Chinese capital and technology go abroad to cooperate with BRI economies. It still leverages the same strengths, but applies them in different directions.” While admitting that the recent social unrest and the COVID-19 pandemic have dealt a heavy blow to the local economy, Li said he’s still optimistic about Hong Kong’s future. “Before those events, people might not agree to changes because they had led an easy life for a long time. But now, people have recognized the need for changes. The whole world has some new concepts that we can apply to Hong Kong because we now have a consensus on changes,” he said. “Hong Kong can become a lab for modernization in economy, society and even politics. And in this process, we build a new Hong Kong.” sally@chinadailyhk.com