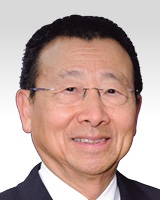 Tony Kwok is the Adjunct Professor of HKU Space and an international anti corruption consultant. He has more than 45 years of experience in the anti-corruption field. He joined the Hong Kong Independent Commission Against Corruption (ICAC) shortly after its inception in 1975. In 1996 he was appointed as the first local Deputy Commissioner and Head of Operations, and had successfully led the Commission through the smooth transition of sovereignty from a British Colony to China in 1997.

Since his retirement, he has been invited to visit 26 countries and more than 60 cities in the Mainland to give lectures or provide anti-corruption consultancy. He also assisted a number of countries to set up their new anti-corruption agencies.

He received the “Young Industrialist Awards of Hong Kong” in 2013.