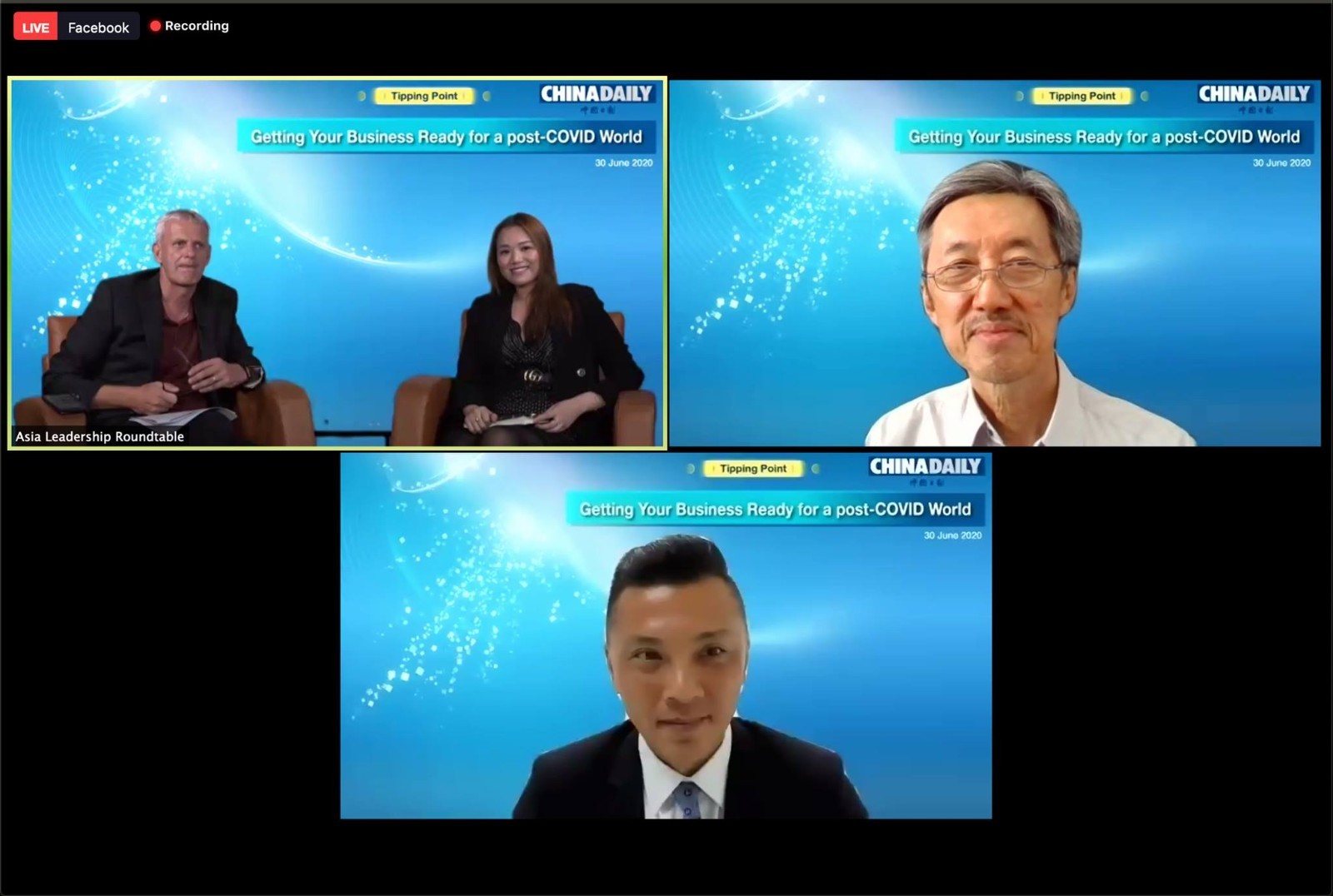 Businesses from all sectors of the economy have to be open-minded in adopting disruptive technologies and changing business models in response to the sharp economic contraction caused by the COVID-19 public-health crisis, says prominent Thai entrepreneur Suthiphand Chirathivat. “From conglomerates to small-and-medium-sized enterprises, they need to proactively manage their cash flow, bank loans, as well as human-resources issues,” said Suthiphand, executive director of the ASEAN Studies Center at Chulalongkorn University and executive director of Thai conglomerate Central Group. With global and regional economies battered by the coronavirus outbreak, Thailand is not spared, he said. The Bank of Thailand has lowered the Southeast Asian nation’s GDP forecast for 2020 to an 8.1 percent contraction, compared with a decline of 5.3 percent in March. The projected slide would be worse than that of the last financial crisis, Suthiphand told China Daily on the sidelines of the third webinar organized by China Daily, themed “Getting Your Business Ready for a post-COVID World”. He said the tourism industry, which accounts for more than 16 percent of Thailand’s GDP, has been bruised by the pandemic. “Thailand has been hit most, compared with other member countries of the Association of Southeast Asian Nations, as we rely a lot on the tourism business.” But as COVID-19 infections in Thailand are brought under control and the national lockdown gradually eases, the Thai government plans to allow a restricted number of visitors into the country, such as business executives and medical tourists. The Thai authorities are also considering deploying a “travel bubble” or corridor linking countries and regions as a quarantine-free travel zone and allowing their residents to commute between them. “We’re at the very beginning of putting a part of the tourism industry back on track,” said Suthiphand, noting that the corridor is reciprocal and Asia is a good ground for implementing the plan as the region has successfully contained the pandemic in the initial stages. However, he said it’s still a challenge trying to strike a balance between people’s health and keeping the country’s businesses and economies afloat. According to Suthiphand, it could take more than a year for the tourism and related sectors, such as hospitality, catering and retail, to fully recover. Another hard-hit industry in Thailand is trade, which has been reeling from the Sino-US trade frictions since last year. But Suthiphand said the challenges have also brought opportunities and pushed industry shareholders to optimize their supply chains and respond to the changing consumer habits. He urged businesses, especially SMEs, to adjust their business models accordingly and be proactive in networking. Hong Kong and Thailand agreed late last year to start working on a free-trade agreement to boost bilateral economic ties. “Hong Kong and Thailand are determined to extend trade cooperation and strengthen their relationship,” said Suthiphand. Thailand’s East Economic Corridor — a special economic zone in eastern Thailand — could also link up with Hong Kong, Shenzhen and other cities in the Guangdong-Hong Kong-Macao Greater Bay Area with regard to infrastructure projects and professional services, he said. “The Land of Smiles” is one of Hong Kong’s top three trading partners and goods suppliers among the ASEAN member states. pamelalin@chinadailyhk.com